Severe Water Restrictions
We’re now on severe water restrictions that prohibit outdoor use of water. Council will soon turn the taps off in Wylie Breckenridge Park. If you usually use park water, you won’t be able to do that. You need to bring your own water.

Here’s a link for more info.

Black Head Bazaar is a community market that is held on the first Sunday of the month, from September to May, in Wylie Breckenridge Park at Black Head.

Stallholder Information
Booking and stallholder information is available as a message on 0468 312 452. Calls will only be returned in the week before each Bazaar. Stallholders must have a paper or digital copy of their public liability insurance policy with them at the Bazaar. Not-for-profit groups do not pay a stall fee. Download our policy here.

What if the Bazaar is cancelled?
If the park is too wet, the Bazaar will be cancelled and an announcement will be sent to ABC Mid North Coast local radio on the Friday or Saturday before the market. We will also update our telephone message and our Facebook and Instagram pages.

About the Bazaar
The Bazaar is organised by Black Head Bazaar Inc to raise money for community, environmental and local beautification projects. Held under the shady trees of beautiful Wylie Breckenridge Park, the Bazaar has a variety of stalls including handmade clothing, jewellery, plants, collectables and freshly-picked farm fruit and vegies. There's a great selection of food and coffee and a BBQ. 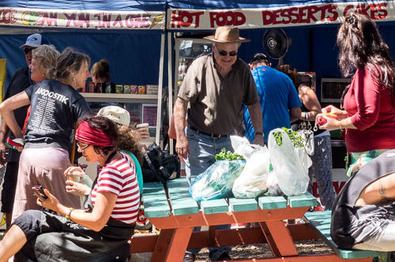 The First Bazaar
The first was held on Easter Sunday 1991 in the park near Black Head Lagoon. There were only eight stalls and the profit was thirty dollars. The market slowly grew and spread to the eastern end, and later to the western end, of Wylie Breckenridge Park. It is a popular community market.

HP Public School veggie garden
In 2010, we built a veggie garden at the school. Volunteers guide the children in propagating and planting veggies and herbs. The harvest goes home with the kids or to the school's canteen. 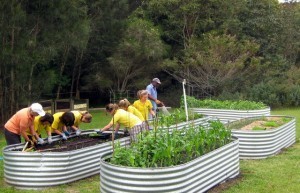 Our Bloomin' Lot
In 2014,we received approval to operate a garden and nursery for the benefit of our members. It's located on land generously provided by Jim Dixon south of the Foodworks building and we call it "Our Bloomin' Lot". 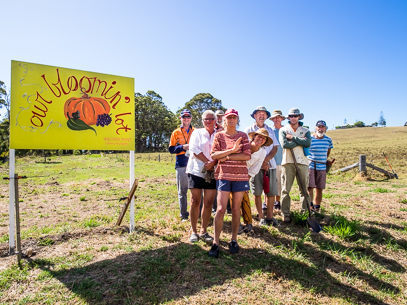